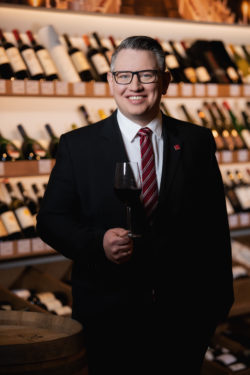 A change is coming to the leadership for the global ProWein portfolio. Effective April 1, 2019, Bastian Mingers will be the new Global Head for Wine & Spirits and Director of ProWein at Messe Düsseldorf in Germany. The 35-year-old will take over the position from Marius Berlemann, who in turn will become the General Manager of Messe Düsseldorf Shanghai Co. Ltd., with project and HR responsibility for the entire Messe Düsseldorf portfolio in China. The move allows Berlemann to remain closely involved with ProWine China and ProWine Asia (Hong Kong) while promoting further expansion by Messe Düsseldorf from directly within China.

As the new head of the ProWein portfolio, Bastian Mingers brings a long and broad range of experience in managing complex projects as well as in strategic development and implementation. He is already well familiar with the ProWein team, having worked as a Senior Project Manager there from 2011 to 2015. Since 2015 he has helmed Energy Storage, the international conference and trade fair for renewable energies and one of the leading platforms for the energy storage industry. "I am very much looking forward to the challenges that this new position will involve and am confident that I will be able to continue the strong growth of the ProWein portfolio," stated Mingers. In his new role he will report directly to the Executive Director and Messe Düsseldorf board member Michael Degen.

25 Years of Strong Growth at ProWein

ProWein in Düsseldorf, Germany is the leading trade fair for the international wine and spirits industry. It is celebrating its 25th anniversary this year. About 7,000 exhibitors from more than 60 countries are expected for ProWein 2019, welcoming around 60,000 trade visitors from 130 nations. The inaugural ProWine China in Shanghai was held in 2013, laying the foundation stone for its international satellite network. Around 4,000 exhibitors from 40 countries have taken part in ProWine China since then, to an audience of roughly 70,000 trade visitors. The trade fair is held annually in November. ProWine Asia celebrated its premiere in 2016 in Singapore. That event, with 7,300 visitors and over 260 exhibitors, proved so successful that ProWine Asia followed a year later in Hong Kong, with 310 exhibitors and over 12,000 wine industry professionals. Since then, ProWine Asia has rotated each spring between Singapore and Hong Kong. The two trade fairs complement each other perfectly: while ProWine Asia can reach out to the Southeast Asian market from Singapore (40% of the visitors to the most recent ProWine Asia in 2018 came from outside Singapore), the event in Hong Kong addresses the surrounding markets. ProWine China by contrast is focused on mainland China.

For more information on ProWein please visit www.prowein.com. Details on ProWine China are available at www.prowinechina.com and for ProWine Asia at www.prowineasia.com. High-resolution image stock can be found in the photo database in the "Press Service" section of https://www.prowein.com/2200.