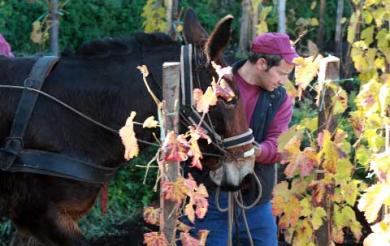 In 1435 in Catania, in the shadow of Mt. Etna, the Guild of the Vigneri was founded. This association of winegrowers had the main scope to initiate the new generations to the knowledge of how to grow vines and produce wine around Europe’s highest volcano.

Almost six centuries later, Salvo Foti brings back the association of I Vigneri. Salvo had understood that to make a real Etna wine - and not just a wine produced on Mt. Etna – he couldn’t do without the native men of the Muntagna. Around him, Salvo saw how the ancient knowledge was in peril of disappearance with a generation growing older. Hence the intuition to create a group of men with which to revitalize the ancient vineyards on the Vulcano, men of all ages - just as the vines they take care of - where the old can pass on their gestures and their wisdom to young people.